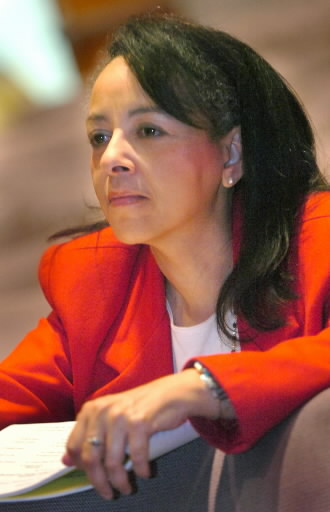 Dr. Dorothy E. King’s dramatic fictional account examines the role of the Susquehanna River in helping freedom seekers make their way north. Her play, based on historic research, focuses on the Underground Railroad and imagines how three enslaved Harford County, Maryland, residents–Harriet Demby, Hull Rice and George Steward–might have followed the Susquehanna on their journey to freedom from Havre de  Grace, MD to Cooperstown, NY.

Dorothy E. King, Ed.D., received her doctorate from Teachers College at Columbia University and is an Assistant Professor of Sociology at Penn State/Harrisburg. Her work in the Department of Behavioral Sciences and Education centers on family studies and the use of drama in education.

Dr. King has written many plays and poems. “What brings me the most joy is creating good theatrical productions,” says King, founder and director of Pen Owl Productions, a multicultural ensemble that has performed throughout the Harrisburg and York areas. “We are committed to presenting drama as a way to address diversity issues. Most of our plays are my original creations. I’ve always written,  but I didn’t take myself seriously as a writer. One day, I said ‘I’m a writer.’ That’s when I officially became a writer. I had to recognize my talent, claim it, and use it for the greater good.”