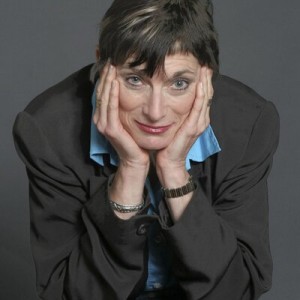 LGBT Inclusion: Beyond Laws and Benefits
Webinar: A Seminar That Comes to You
For access to this webinar, please contact linda@nepdec.org

There is a misconception amongst many people that the demise of DOMA and the fact that same sex marriage is being legalized in so many states also means the demise of homophobia in the workplace.  Laws, policies and benefits don’t equal inclusion. While there is more acceptance, there is also an increase in resentment amongst some people, as well as homophobic backlash. At the same time there are people that “just don’t know what to do,” or say.

This program will cover:

Simma Lieberman is internationally known as “The Inclusionist,” because she helps organizations and individuals create inclusive cultures, where people love to do their best work and customers love to do business. She is a diversity and inclusion/culture change consultant, speaker, and coach.

Simma has the unique ability to bring people together from diverse, disparate backgrounds to engage in constructive dialogue that results in dramatic improvements in the way they interact and work with each other.  Shewas raised in the Bronx, New York where she developed a passion for diversity and inclusion. She moved to Eugene, Oregon which was her first culture shock, and now lives in the San Francisco Bay Area.

Simma is a member of the Diversity Community Exchange (DiCE), a multi-cultural organization of people in the US and Europe, who are well-known for their ability to facilitate dialogues amongst people from different racial, ethnic, cultural, and religious backgrounds, political beliefs, genders, ages and sexual orientation.

Simma is co-author of two books: Putting Diversity to Work, how to successfully lead a diverse workforce (Crisp, 2003) and The Diversity Calling; building diverse communities, one story at a time. Simma is a co-host of SWIRL radio, an LGBT produced talk show that can be heard on AM radio in several cities across the US and on-line. She is a former co-chair of the San Francisco Regional Council of Out and Equal.