Lee Hirsch’s moving and troubling documentary about the misery some children inflict upon others, arrives at a moment when bullying, long tolerated as a fact of life, is being redefined as a social problem. “Just kids being kids” can no longer be an acceptable response to the kind of sustained physical and emotional abuse that damages the lives of young people whose only sin is appearing weak or weird to their peers.

While the film focuses on the specific struggles of five families in four states, it is also about — and part of — the emergence of a movement. It documents a shift in consciousness of the kind that occurs when isolated, oppressed individuals discover that they are not alone and begin the difficult work of altering intolerable conditions widely regarded as normal. 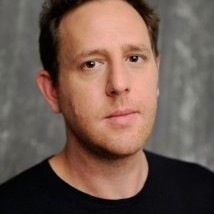 Lee Hirsch is a documentary filmmaker. Hirsch is a graduate of The Putney Schoolin Vermont, and of Hampshire College, in Amherst, Massachusetts. He wrote and directed the documentary Amandla!: A Revolution in Four-Part Harmony. Hirsch also contributed a chapter to Sound Unbound: Sampling Digital Music and Culture (The MIT Press, 2008) edited by Paul D. Miller.

Hirsch’s film Bully premiered at the 2011 Tribeca Film Festival. Bully follows several families from across ethnic, cultural and geographic boundaries as they grapple with the tragedy their family has faced as a result of bullying. Several of the families profiled in the film had lost a child because he or she became fed up with the mostly mental and sometimes physical abuse they experienced on a daily, even hourly basis at school, on the school bus, and in their communities.

In a screening in Minneapolis in September 2011, Hirsch told the audience during the post-film Q & A that he, himself, had been bullied, and that was part of the inspiration for the film. After another screening Hirsch continued, “I felt that the hardest part of being bullied was communicating, and getting help. I couldn’t enroll people’s support. People would say things like ‘get over it,’ even my own father and mother. They weren’t with me. That was a big part of my wanting to make the film. It’s cathartic on a daily basis.” Hirsch said he hoped the film grows far beyond him, inspiring advocacy, engagement, and empowerment not just in people who are being bullied and in their families, but by those of us who all too often stand by and do nothing.