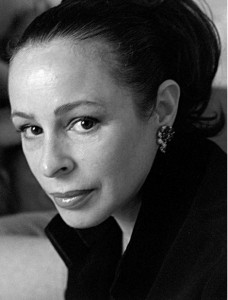 Author of Castro’s Daughter: An Exile’s Memoir of Cuba

In her candid talk, Alina Fernandez, the daughter of Fidel Castro, shares her first-person, intimate account of growing up in Cuba.

Through her insight as one of the Cuban elite, Alina guides you through her life in Cuba and describes the surrounding political environment during the 1960s and 70s. Weaving in her unique sense of style and humor, she reveals exciting and suspenseful anecdotes, snapshots of Cuban society, her inside scoop on Cuban politics, and a detailed view of her father.

As one of Fidel Castro’s children, Alina had a strangely mixed upbringing; a combination of privilege and privation. This is her private story, told from her intensely personal point of view. Clearly she speaks for herself, sharing her knowledge of the people of Cuba, rather than as an expert on Fidel Castro as the political ruler of Cuba.

Alina was just a toddler when Castro overthrew the Batista government during the 1959 Cuban Revolution. She saw Fidel Castro on the television screen and then in her living room, as Castro would frequently visit her at night. Alina played tirelessly with him until dawn. Then he would disappear for months at a time.

As Alina grew up and opened her eyes to the political climate in Cuba, she became rebellious, and in the 80s became part of the political dissident movement on the island. By 1993, she was forced to flee Cuba…which she accomplished by mastering the art of disguise.

Alina grew up in a convulsive Cuba, living with the ongoing threat of invasion by American troops. She is a witness with a unique vision, not only of her father, and how the country changed after the Revolution, but of Cuba’s future, and the potential for reform and a better life in Cuba.